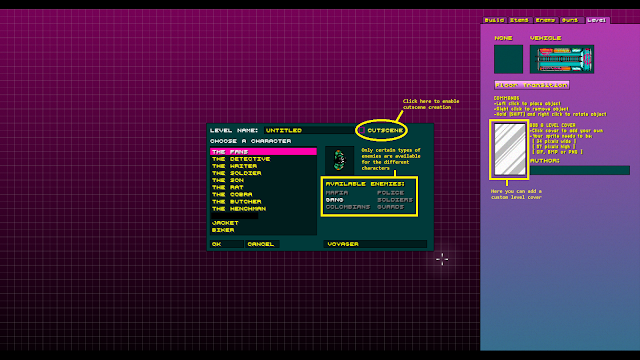 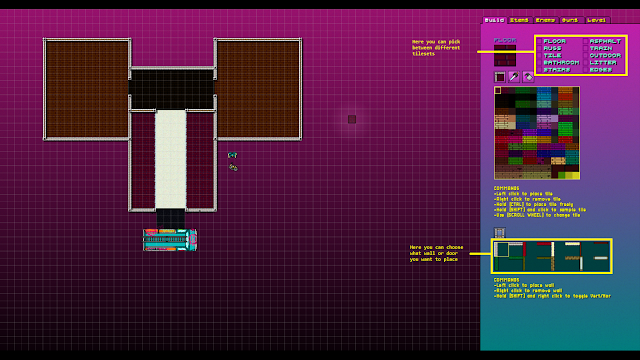 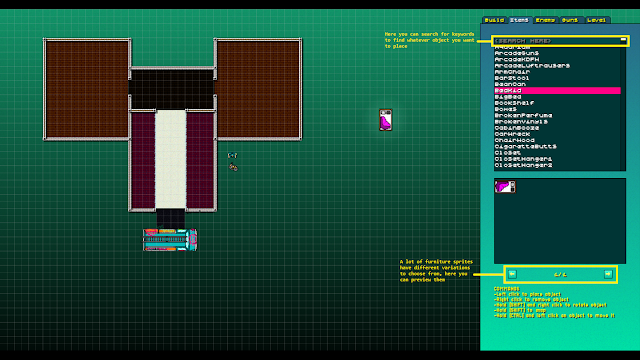 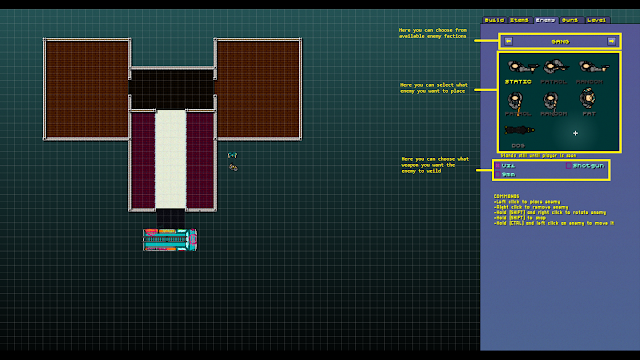 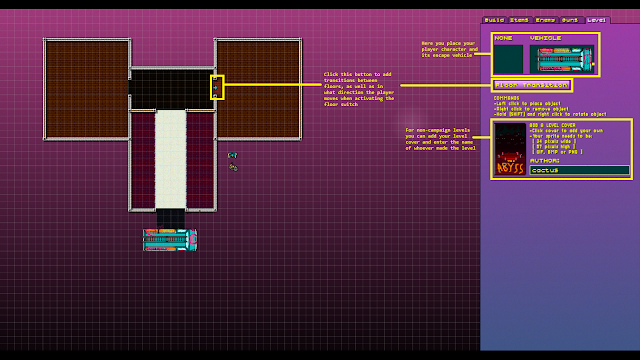 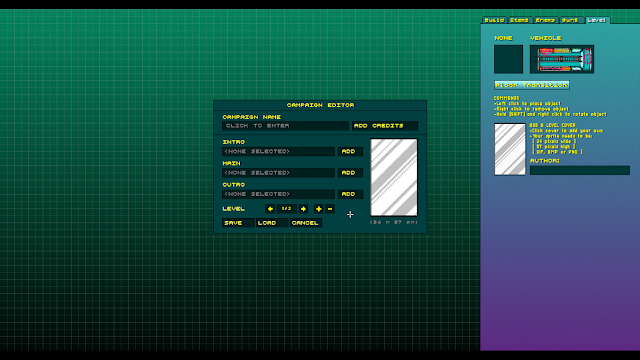 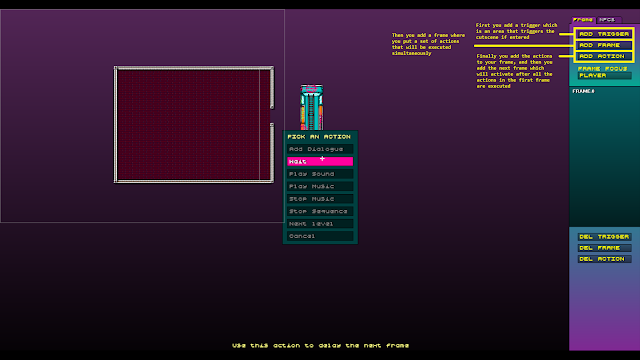 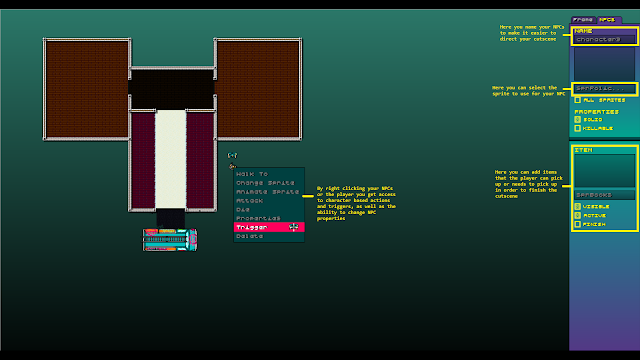 UPDATE2: Thanks for all the feedback! I've added a couple of features on my to do list. You will now be able to add some environmental effects, like rain, darkness or sunshine to your levels, and I almost forgot the elevators. The limitation for no cutscenes in a level with enemies has been removed, as I figured out a couple of ways to go around it. I'm also going to look at the possibility for creating levels for specific masks/fans as that would indeed be cool to see.
Upplagd av cactus kl. 13:20